When it feels like nobody loves you, it’s usually a sign that you don’t love yourself enough. But the answer isn’t that you need to find new people. It’s to realize that you’re looking in the wrong place for your validation.

Recently, one of my very best friends was briefly back in town after having moved out of state. She and I made plans to get together, which I really looked forward to because I hadn’t seen her in over a year.

At the literal last minute, she had to cancel our plans. And honestly, I was pretty crushed. I really wanted to see her. I knew that because of how far away she lives, it may be years before I have another chance.

But I had to pull myself out of my first reaction of extreme disappointment. It turned out that the reason for her canceling had nothing to do with me at all. She had some really genuinely shitty things happen that day that made her feel like she just couldn’t face anyone, even someone she wanted to see (i.e. me.)

See, most of my closest friends have some tendencies toward depression and anxiety. Many people have those problems, and I have them too. Like seeks like. So I get that. 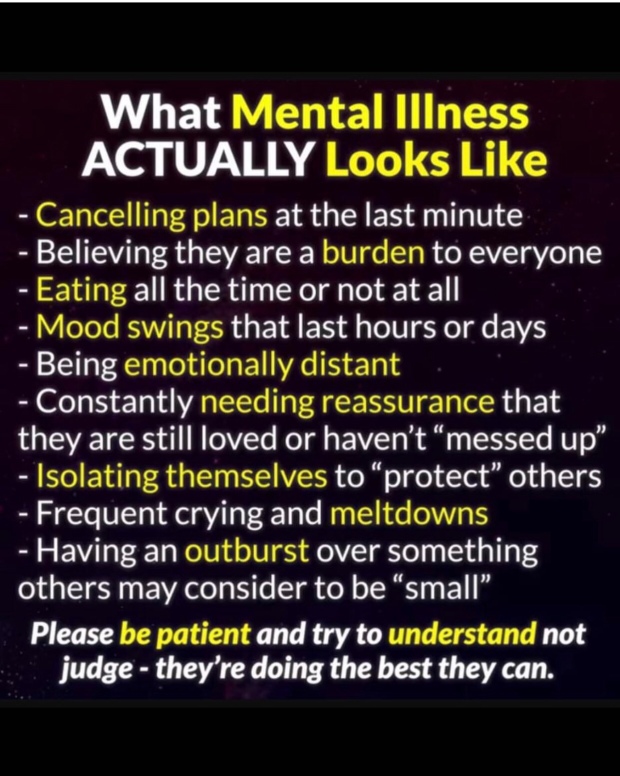 Yes, I’ve been guilty of isolating myself to “protect” others from my depression. I often assume that people just don’t want to deal with it. There are also certain people who just exacerbate my anxiety, so I try to limit time around them to protect my own mental health. I have had outbursts over seemingly small things, though not as often recently.

But this brings me to another story. I’ve loved a friend for years and still do, but I can’t have her in my life until she works on healing herself. In a very large way, she’s part of why I want to become a therapist.

She is loved by so many people but usually feels unloved. She feels like she gives more love than what is returned to her, though I wouldn’t necessarily agree. I usually did not feel particularly loved by her, I just felt like I was disappointing her.

The difference is that she gets deeply attached to people, often very early after meeting them. She gets excited about meeting a new person she likes and feels very strongly bonded to them, maybe more quickly than the other person feels. This puts a lot of pressure on the other person and makes her more likely to be hurt.

If anyone needs time to deal with their own stuff and tells her no or backs off for a bit, she feels unloved and wonders what’s wrong with her. In truth, nothing’s wrong with her, other than how much she needs from others and how she reacts when people can’t meet her needs.

Because she looks to her friends and loved ones to validate her, rather than being able to validate herself, she’s very sensitive to rejection. When she feels rejected, she often gets hatefully mean. But overall, she’s not a bad person, just needs more from people than anyone can give.

I’ve observed this repeated spiral of idealizing someone, wanting to spend every minute talking with them, then feeling unloved when the other person has too much on their plate and needs to step back. Or taking it very personally if someone is having a bad day of their own and doesn’t have time for her.

Being almost aggressively needy in this way pushes people away. It’s not her big personality, which can be a lot of fun, that’s pushing people away. It’s that others have to protect themselves from burnout. Almost nobody can meet that high level of need. It’s very draining.

When you think about it, nearly everyone has their own problems they’re dealing with. Sometimes they just can’t take on more, even of people they love. Sometimes they don’t find it helpful to commiserate but instead, need to deal with their own stuff on their own terms.

Because as with my story of my friend visiting from out of state, her not having time for me wasn’t actually a rejection of me at all. She was just in an emotional place where she had to deal with her own feelings and with the shit going on in her own life. I gently tried to convince her that going out might make her feel better, but she had her own coping mechanisms that were different. And that’s okay. She owes more to herself than she does to me.

If you have friends who have any sort of mental illness at all, they’re going to be even more prone to burnout. If they’re working on addressing their own mental health issues (as I am), that often makes them less able to take on someone else’s, not more.

A lot of those things are just boundaries and self-care. People can love you very much, even unconditionally, and still set boundaries. In fact, it’s healthier when they do set boundaries because they are prioritizing themselves and their own mental health.

Putting myself first is one of the most challenging things I’ve ever learned and sometimes it’s still a struggle. I’m learning how to set boundaries to protect my own mental and physical health.

I’ve learned that nobody else can make me whole–only I can do that. Incidentally, I find that the more I work on loving myself, the better I am at loving others, too. But loving others includes, yes, boundaries. As they say, you can’t pour from an empty cup.

If I look to other people to make me feel whole and to fill in where I feel empty or lonely or bored, inevitably they will let me down.

Ultimately, nobody can be there 100 percent of the time for someone else unless they put their own needs last. And that’s not unconditional love. That’s actually really emotionally unhealthy.

I will forever wish I could have helped my friend. I still miss her and probably always will. I just couldn’t meet her particular definition of unconditional love because too often it meant ignoring my own needs in favor of trying to meet hers.

Hopefully, I’ll be able to help others find strength in themselves through therapy. I’m making a lot of progress with setting boundaries with people and I think I’m doing well in understanding why people do what they do.

Whether I can help them become comfortable with meeting more of their own needs–which ultimately requires comfort with self and with distress–remains to be seen. Luckily I have two years of training ahead to help me learn that.